November 16, 2009
Let's face it. Until the cost of spaceflight significantly decreases, only a few highly qualified and lucky people will be selected as astronauts to fly in space. But that doesn't mean they have to have all of the fun. Here are some free space simulators you can download to hone your skills. Some are targeted at students for educational purposes, some are just for fun, and others are real research tools used by NASA.

ORBITER is a free flight simulator that goes beyond the confines of Earth's atmosphere. Launch the Space Shuttle from Kennedy Space Center to deploy a satellite, rendezvous with the International Space Station or take the futuristic Delta-glider for a tour through the solar system. Many addons that expand the simulator's capabilities are available. (Windows only)

Station Spacewalk Game allows you to experience the thrill of conducting repair work on the International Space Station. After negotiating your way through the airlock, you, the astronaut, will be tasked with four jobs critical to help power up the space station so it can continue to operate at full capacity. But you have to move quickly and carefully, with a limited quantity of oxygen you must complete your extravehicular activities (EVAs) and get back into the airlock before your air supply runs out. This game features simulations of actual EVAs conducted by NASA astronauts on missions to provide power to the space station. (Mac and Windows versions) Lunar Rover SIM is based on NASA's Constellation Program architecture. It lets you drive the Lunar Electric Rover (LER) around on the moon, test multiple cameras/views, and dock with the lunar habitat base. It also features LOX refueling stations, the ATHLETE rover, and the lunar EVA suit. It is based upon specifications of the actual Constellation architecture and approximates lighting conditions at one of the possible lunar base sites. This software was written by the same guys who made the Ares I-X video. (Mac and Windows versions) 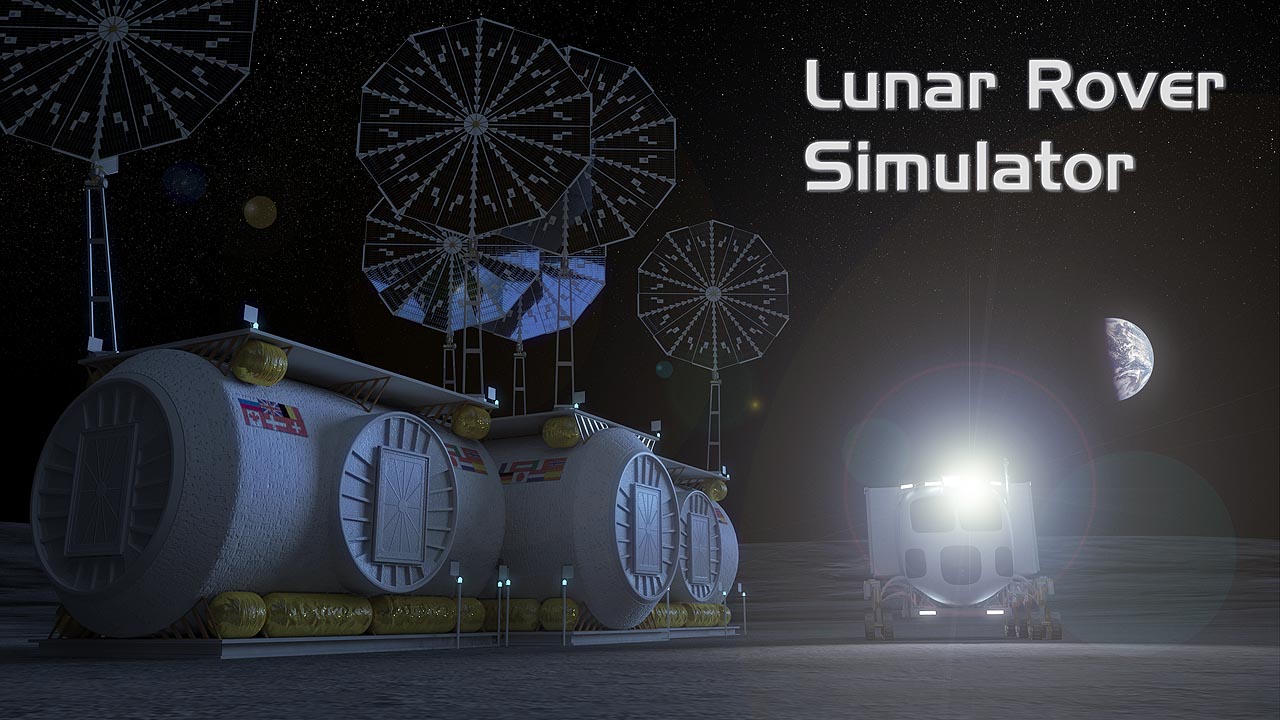 Maestro is the actual software the JPL science team uses to plan the daily driving sequences for the Spirit and Opportunity rovers on the surface of Mars. They look at imagery and build up a list of activities they want to accomplish each day, taking into account constraints like time and power. Maestro is publicly available, with many actual MER rover data sets. NASA is working toward extending its capabilities for future missions such as the Mars Science Laboratory. (Linux, Mac, and Windows versions, check for updates)

Mars Flight is an immersive and interactive Mars airplane simulation. This exciting application allows you to control the ARES Mars Airplane from an Earth-bound control center. Many enhancements are planned for the future, including a comprehensive set of curriculum enhancement activities. (Mac and Windows versions)

Mars Simulation Project simulates future human settlements on Mars. It models the human behavior of scientists, engineers, doctors, technicians, etc. as they go about their day-to-day lives in the virtual Martian environment. There are many different settlements spread out across the planet, ranging from simple 4-person initial landing habitats to more mature bases hosting dozens of people and advanced buildings. The settlers spend much of their time maintaining their settlements, growing crops in their greenhouses, and manufacturing needed parts and equipment from collected local resources. They also go out on rover missions to explore and study the surrounding area, prospect and mine mineral concentrations, and trade with their neighboring settlements. The settlers have to contend with accidents, equipment malfunctions, illnesses, injuries, and even death. Survival depends on the settlers working together, building relationships, improving skills and balancing the needs of their settlements. (Linux and other *NIX operating systems)

Mars Colony Simulator is a concept demo of a Mars Direct-based Mars colony. It allows the user to freely walk or drive around the 3D landscape and inside buildings that include a crew habitat and a farm greenhouse. The habitat is based on the MDRS and FMARS stations that are operated by The Mars Society. There is also a separate demo of an unmanned Rover Simulator. More information is available on the developer's website and blog. (Windows only)

Mars Colony Online is the online version of Mars Colony Simulator for multiplayer roleplaying. It allows groups of players to live and work together to ensure their colony's survival. So far, it's limited to 64 players. You can even do some geophysics like I did as FMARS by using ground penetrating radar to look for subsurface water, as the video below shows. More videos are on the hypercat blog.


Many more simulators for a variety of operating systems are available at AstroTips.com.

Unknown said…
I disagree with your very first sentence. www.littlejoeproject.com
We believe we can pull it off for under 100k per vehicle. not per flight, PER vehicle. we might even get it abotu half as cheap as that.
16 November, 2009 20:09

BrianShiro said…
Hi, Tater. Thanks for your comment. Note that I said "until the cost significantly decreases". When you or someone else breaks the cost barrier and makes spaceflight affordable, we'll all be better off. I hope you succeed.
16 November, 2009 20:14