Looking Back to Look Forward 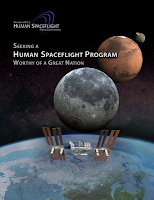 Today is a big day for the space exploration community. The Augustine Commission has released its full report, which substantiates their positions made in the summary report last month. I haven't read the report yet, but reviews are already popping up all over the blogosphere. Universe Today and SpaceRef provide great overviews. Space Politics and Space Policy Online collected some of the initial reactions from members of Congress. New Scientist took an interesting approach by numerically ranking the five alternatives presented by the Commission. Now, the Obama administration must consider the alternatives and choose the future path of America's human space exploration program. Wired offered some encouraging insight into the Obama administration's likely support, but his decision might not come until February. Apollo 11 astronaut Buzz Aldrin wrote a particularly moving plea to the President to think big and select the Flexible Path Option. Aldrin recently also advocated an international public-private partnership for developing the Moon.

Before we forge forward into a hopeful future visiting asteroids, Lagrange points, moons, and Mars, let's step back for some inspiration from another Apollo astronaut Alan Bean. Bean was the fourth person to walk on the Moon during the Apollo 12 mission in November 1969 and was the commander of the 59-day Skylab 3 mission in 1973. Since retiring from NASA in 1981, Bean has become a full time artist. He's now been an artist longer than he was an astronaut (28 years vs. 18). Bean's paintings primarily focus on his experiences during Apollo.

To help commemorate the Apollo 40th Anniversary, Alan Bean's work is currently on display at the Smithsonian National Air and Space Museum and the Museum of Fine Arts, Houston. He has a companion book and DVD to the exhibits too. You can also help remember the Apollo anniversary by entering a contest to win a T-shirt only sold to NASA employees. The details are all on Pillownaut's blog.

In 2008, Alan Bean delivered an inspiring lecture titled "Life of an Astronaut" at Boston's Museum of Science. He showed some of his paintings and interjected plenty of stories about the good old days at NASA. You can watch the whole thing below. An audio-only version and a transcript of the 1 hour, 27 minute talk are available here.

Bean talked about what it was like as an Apollo astronaut in the 60s, from the free Corvettes to how the sensation of being in a spacesuit reminded him of bundling up to play in the Minnesota snow as a child. He shared his reaction to watching his friend and neighbor Neil Armstrong first walk on the Moon and how he and Pete Conrad almost dropped an arrowhead on the lunar surface as a practical joke to be discovered by future explorers. Later, when he and Conrad watched Alan Shepard hit a golf ball on the Moon, they wished they had thrown the first lunar football pass, so Bean painted it instead. Bean also discussed his dreams for a future in which Disney World and the Olympics call the Moon home. 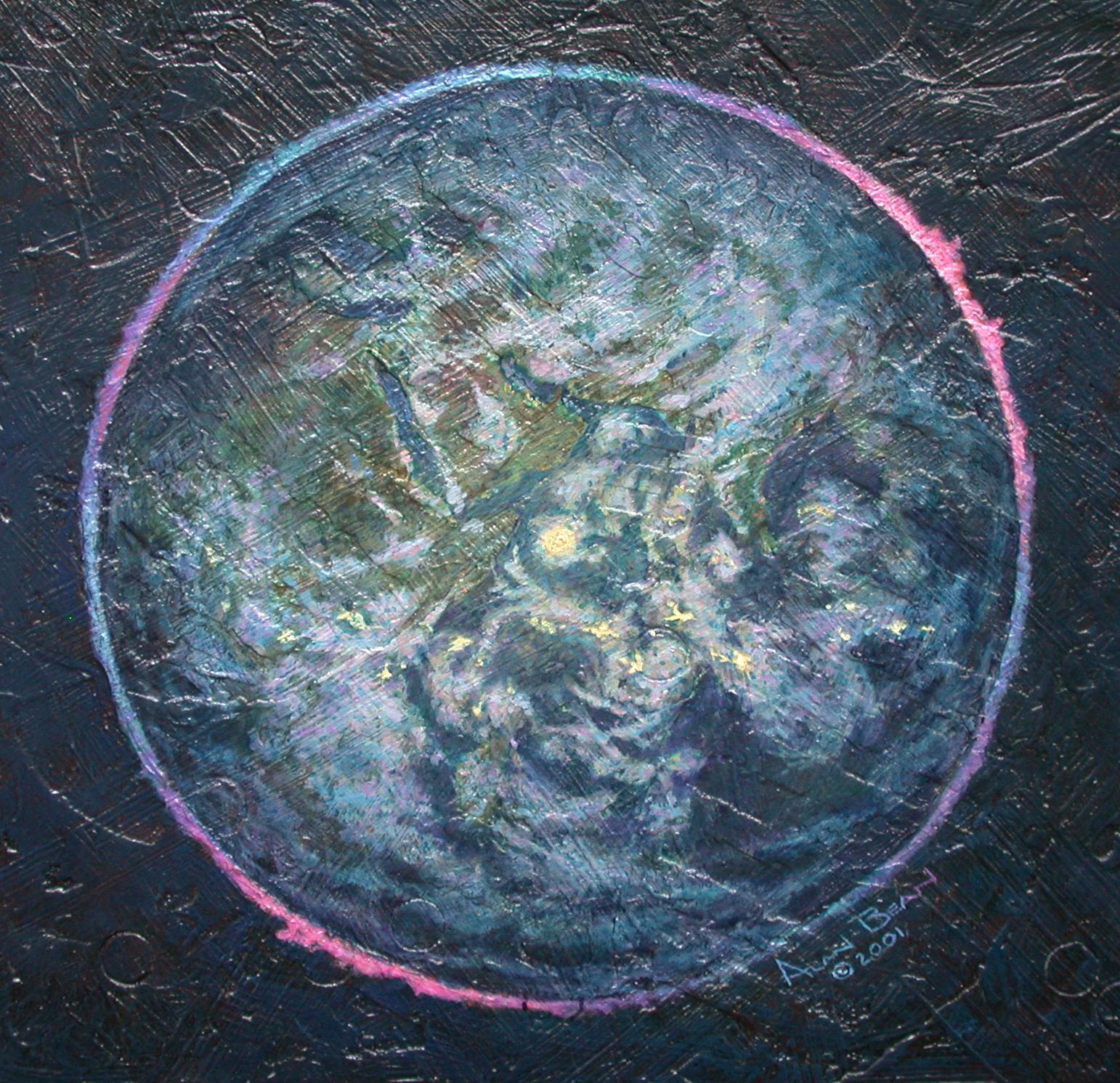 According to Bean, no Apollo astronaut was profoundly changed with regard to his religious or spiritual beliefs thanks to the Moon trips. He concluded that the answers to life's big questions can't be found out in space. Instead, they're closer to home. Bean said nothing was more beautiful than the Earth itself. He referred to the earth a "garden of Eden", and said he came back from Apollo very humbled by the experience and thankful for all that our planet has to offer. He never complains about bad weather, crowds, or other things that might annoy you and me. Below is one of Bean's paintings depicting an eclipse of the Sun by the Earth (also check out the photo and another painting). Bean and his fellow Apollo 12 astronauts were the first and last people to witness such an eclipse until Kaguya photographed it earlier this year.

Most of all, Alan Bean talked about leadership and teamwork. He said the #1 life lesson he learned as an astronaut was something Pete Conrad taught him. Conrad said that to be an effective leader, one must find a way to admire, respect, and care about all of your other team members. In other words, focus on the positive and avoid negative thoughts. Bean said he took this lesson to heart and now makes it a point to find three positive things about everyone he works with. This lesson changed his life and made him a more effective astronaut, husband, father, and leader. He said as long as you embrace a life of continual learning and self-improvement, you will continuously evolve and lead a more fulfilling life.

The Apollo program was dangerous. However, NASA and its astronauts were not afraid to take risks to meet the ambitious goals set before them. Nothing was scary to the Apollo astronauts according to Bean because they practiced so much. He said that in risky times, an astronaut thinks only about remembering what he's trained to do in the event something goes wrong. Bean stressed how NASA was always willing to try new things and make mistakes in order to advance. He said the NASA leaders trusted their teams and encouraged them to achieve more than each person thought he could do. Without this philosophy, NASA may not have met Kennedy's challenge in reaching the Moon within a decade.

Although some reaction to the Augustine Commission's final report has been negative, I, on the other hand, prefer to draw inspiration from the NASA of Alan Bean's day. Their innovative, can-do spirit is what helped Apollo reach the Moon. We can do that and more given the proper motivation and support. The future is an open book. 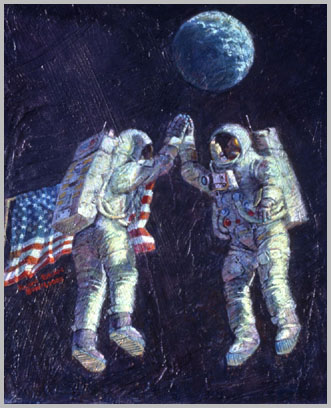 PillowNaut said…
We can always count on Buzz for bold words... let's hope someone listens. I have been wading through the 157-page report in stages when time allows, and I am alternately excited and having gut feelings of DOOM. So much potential!!

BrianShiro said…
There used to be an image of the T-shirt here, but it's no longer showing up. I was just using a URL from your website, so maybe it's been moved.
03 November, 2009 11:18