October 24, 2008
If you've ever dreamed of going on a spacewalk, now's your chance to at least pretend thanks to the really cool Astronaut Mode for Google Earth. The overlay makes it look like you're an astronaut floating above the planet. It also works in sky mode, so you can look away from the earth too.

If you feel lonely floating in space all by yourself, you can make the experience a little more interesting by also showing all known orbiting satellites and spacecraft. The network link from AGI shows in real time all 12,000+ earth-orbiting objects tracked by the United States Strategic Command.

Here are screenshots looking both towards earth (with the satellite database turned on) and away from earth at Orion's belt: 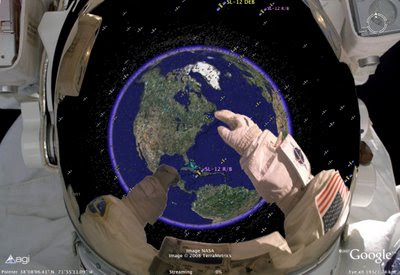 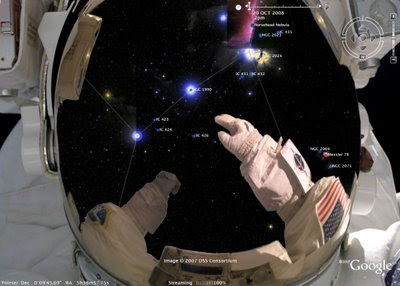 Maybe you prefer to float over another planet. Here are examples of spacewalks above the Tharsis Rise on Mars using the Modified Mars overlay and over the South Pole-Aitken basin on the Moon using this moon overlay. (Note that the Mars map shows MOLA topography; if you prefer something more photorealistic, try this one.) 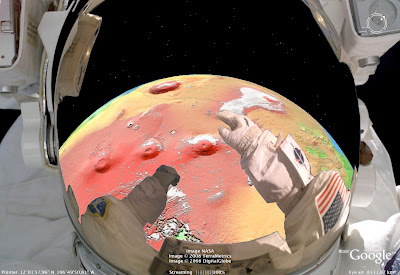 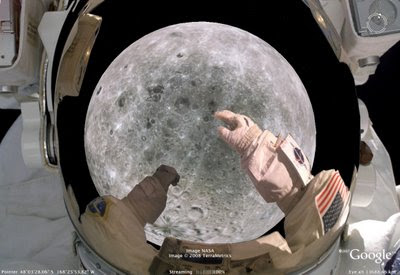