These ASCANS are Chumps 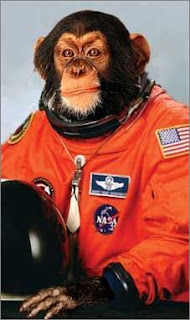 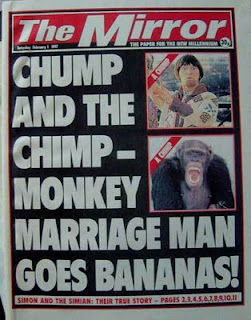 The 9 astronaut candidates (14 counting the Japanese and Canadians) tried to influence the selection by campaigning for their preferred moniker, the "Chimps." In the end, the 2004 astronauts christened the 2009 group as the "Chumps" instead due to its close spelling to chimp.

The collectSPACE article sheds some light on the history of this nicknaming tradition:

Since 1990, the astronaut corps have adopted a custom of choosing uncomplimentary nicknames, beginning with the "Hairballs", but dating back to the 1984 "Maggots", which was said to be inspired by the Marines' boot camp term for new trainees.

Earlier nicknames, dating back to 1959, were commonly in reference to the class size. The "New Nine" followed the "Original Seven". Later came the the "Original 19" and the "XS 11" (Excess Eleven).

The first group of ascans chosen in 1978 to fly the space shuttle were known simply as the "TFNG" -- "Thirty-Five New Guys".


From the Group 11 Maggots onwards, the handles of past astronaut groups include: 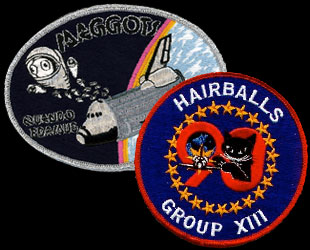 Chump Mark Vande Hei said he and his fellow 2009 ASCANs posed for an unofficial group photo with bananas and that their mascot is "Chump the Chimp." If that photo ever surfaces, I'll share it here.

In other news, NASA's LCROSS spacecraft crashed into the Moon earlier today! Will the data show us the water we're hoping to see? Stay tuned...
astronaut NASA