September 17, 2009
Tucked away into the mountains of Hawaiʻi's Garden Isle is NASA's Kōkeʻe Park Geophysical Observatory. This radar station has had a long history tracking spacecraft and monitoring plate tectonic motion. I visited the observatory on official business back in 2006 and thought it would be fitting to report on it this week since I am vacationing in Kauaʻi with my family. 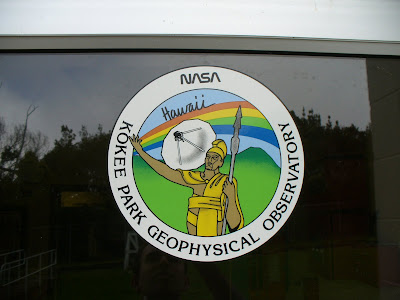 The NASA facility is situated in Kōkeʻe State Park on the northwestern rim of Waimea Canyon, which is often described as the "Grand Canyon of the Pacific." Construction of the tracking station began in 1960 and was operational in time to support the first unmanned orbital Mercury-Atlas 4 flight in September 1961. The Hawaiʻi station's location in the central Pacific made it perfect for supporting a range of spaceflight programs from NASA's human flights to unmanned scientific satellites and military missile launches. In fact, the Kōkeʻe Park station was initially a joint venture between NASA and the Navy's Pacific Missile Range Facility (PRMF) (aka: Barking Sands), which is located a short distance away on Kauaʻi. By 1965, however, friction between NASA and DoD led to a complete transfer of station control to NASA where it has resided ever since.

Over the 48 years of its operation, the Kōkeʻe Park tracking station has supported all NASA human flight activities, Air Force ICBM launches, naval exercises, and nuclear test programs. In this regard, it has been a success story of inter-agency cooperation. With its unique geographic location, this ground station was the busiest in the worldwide spacecraft radio tracking network during the 1960s and 1970s. By 1981 with human spaceflights waning, it reduced its operations from 24/7 to a standard 8-hour 5-day work schedule. When the Tracking and Data Relay Satellite System (TDRSS) became fully operational in September 1989, the Kōkeʻe Park facility ceased its role in the global spacecraft tracking network. The station then took on its second life supporting the NASA Goddard Crustal Dynamics Project and the U.S. Naval Observatory. 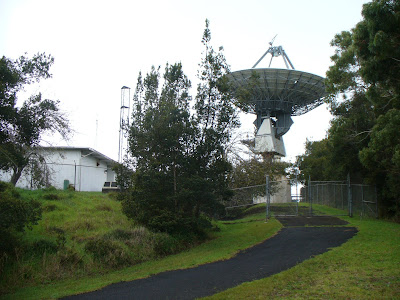 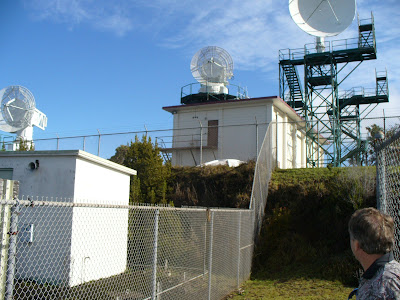 Now called the "Kōkeʻe Park Geophysical Observatory" (KPGO), the KPGO joined several other observatories around the world in making precise position determination of the Earth's crust using Very Long Baseline Interferometry (VLBI) and Satellite Laser Ranging (SLR). By receiving signals from extra-galactic quasar radio sources, the VLBI observatories can compute the difference in path lengths to each observatory within one trillionth of a second to provide relative position measurements better than 1 centimeter. Continuing these ultra-precise measurements over many years allows for tracking the tectonic plate motions, determining the Earth's absolute orientation in space, and detecting variations in the Earth's spin rate. Before the advent of GPS satellites, this allowed scientists to know that the Hawaiian islands on the Pacific Plate are moving 9 centimeters per year in a northwesterly direction relative to North America. It also provides crucial insights into the forces driving the Earth's rotation and its interior properties. You can learn all about it here.

The Kōkeʻe Park Geophysical Observatory has also also served as the principal ground station supporting TT&C (telemetry, tracking, and control) for many scientific satellites such as the DoC's and University's of Hawaiʻi's PEACESAT (Pan-Pacific Education and Communication Experiments by Satellite) and the NOAA GOES series. On occasion, the Hawaiʻi facility has even removed aging satellites from orbit. For example, in 2001 they initiated the de-orbit maneuvers for the GOES-2 satellite.

No discussion of spaceflight on Kauaʻi would be complete without mentioning the Hawaiʻi Spaceflight Laboratory. This program within the University of Hawaiʻi will allow it to become the first university in the world with satellite design, fabrication, and launch facilities to orbit. Over time, it could even lead to Hawaiʻi becoming a low-cost gateway to orbit. Launches will be from the Navy's PRMF that I mentioned earlier, with the first launch scheduled for later this year. I know some of the key players in this initiative and can attest that they are well on their way towards making that target. I'll likely have a future blog post featuring this exciting program.

Anonymous said…
THE STATION WAS NOT BUILT UNTIL 1964/65 AND IT WAS BUILT BY COLLINS RADIO COMPANY, DALLAS,TX. IT WAS NOT IN OPERATION FOR MERCURY-ATLAS 4
I WAS THERE FOR THE CONSTRUCTION OF THE STATION AS THE TRANSMITTER AND RECEIVER ENGINEER WITH COLLINS RADIO.
21 September, 2014 09:08

BrianShiro said…
Thank you for sharing your firsthand account of the early days of this tracking station. I may have been mistaken on the dates. My source was the book ""Read You Loud and Clear! The Story of NASA's Spaceflight Tracking and Data Network" by Sunny Tsiao (Washington, D.C.: NASA SP-2007-4233, 527pp, 2007).
17 October, 2014 13:56