January 30, 2009
NASA has completed the first round of interviews and is now narrowing the pool from the top 3% to 1% who will be asked back for second interviews during February and March. Although I wish I could count myself among this elite group, I can at least follow the interview experience vicariously through the accounts of the interviewees themselves. Today's post comes courtesy of astronaut interviewee Chris Martin. He shares with us a detailed description of his interview experience.


As phase one of this cycle's interview period draws to a close, I thought I'd share my experience with the group. Each person going through the interview experiences it somewhat differently, so while you'll probably note many similarities with other reports from this year perhaps you'll pick up on differences that will help you should you be called down to Houston in some future year. (For another person's interview report with pictures from a different group see the links in a previous post on this blog.) 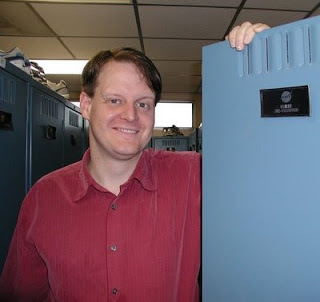 First, let me tell you a little about who I am and thus explain the filter through which I viewed the week in Houston. I'm currently a professor of physics and astronomy at a small liberal arts college where I spend half my time sharing my excitement about science in the classroom and then the other half doing it (radio astronomy and remote sensing of the atmosphere from Antarctic and space-based telescopes). Before becoming a professor, I spent about 2.5 years and two winter-overs as a scientist at the US Amundsen-Scott South Pole Station, where I cross-trained as a medic, firefighter, and communications operator. Throughout my life, I've always been intrigued by how things work (whether they be machines, people, or organizations), so I asked lots of questions during my time in Houston to understand the "whys" behind the interview activities and the job of astronaut itself.

The interview process starts with a phone call from the Astronaut Selection Office a week or two before your scheduled interview date in order to set up airplane tickets, etc. While this might seem like short notice, they have learned over the decades to do it this way when they can so that interviewees don't come to Houston over-prepared and thus hide their true selves. This theme of being open and honest about both strengths and weaknesses reappeared multiple times over the time I was in Houston. Understandably, it is one of the things they are looking for when searching for applicants in whom other astronauts will be expected to trust their lives.

Arriving on Sunday night, the first order of business was to meet up with the other 9 interviewees in my group and head out to dinner to get to know each other. Since teamwork is a trait emphasized in the selection process, this head-start in team building served all of us well, but of course we were also curious to find out more about our fellow interviewees! My interview group consisted of 6 military officers (working in a range of positions from test pilots, DARPA, and the Pentagon), 2 scientists (a cancer researcher and me), 1 middle school educator, and one NASA employee who works in the astronaut office. Our backgrounds were widely varied, but our enthusiasm for the week ahead was the same. Over dinner we learned how to communicate across the divides in our backgrounds, something that would come in handy for all of us as we talked with astronauts from a variety of backgrounds themselves (military/civilian/etc) in the coming days.

Early Monday morning the bus came to pick us up for access badges and the first stop on our intricately interleaved schedules: the orientation (each person's unique schedule grid is a work of art that ensures that we all make through the various steps that I'll describe below). By the end of my three days I knew that this was a place where I would fit in and enjoy working, and I can only hope they got that impression about me too. Now all of the ~110 interviewees are back to waiting for the phone to ring to see if we'll make the next cut to 40. For those who do, there will be a week of in-depth medical testing (so in-depth that about 50% of people who go through the medical are expected to fail for one reason or another) during February or early March.

Regardless of how things turn out, the other interviewees, the astronauts, and all of the other NASA employees I talked to were so wonderfully dedicated, skilled, and talented that I'm honored to have met and interacted with them. For those on the list still hoping for their chance at an interview in the future, keep being yourself, do what you love, and may your dreams come true!

Anonymous said…
This post mentions that 50% of the people that go through the astronaut selection process fail for medial reasons.

What are some of the most common medial conditions that disqualify candidates?
26 April, 2012 06:34